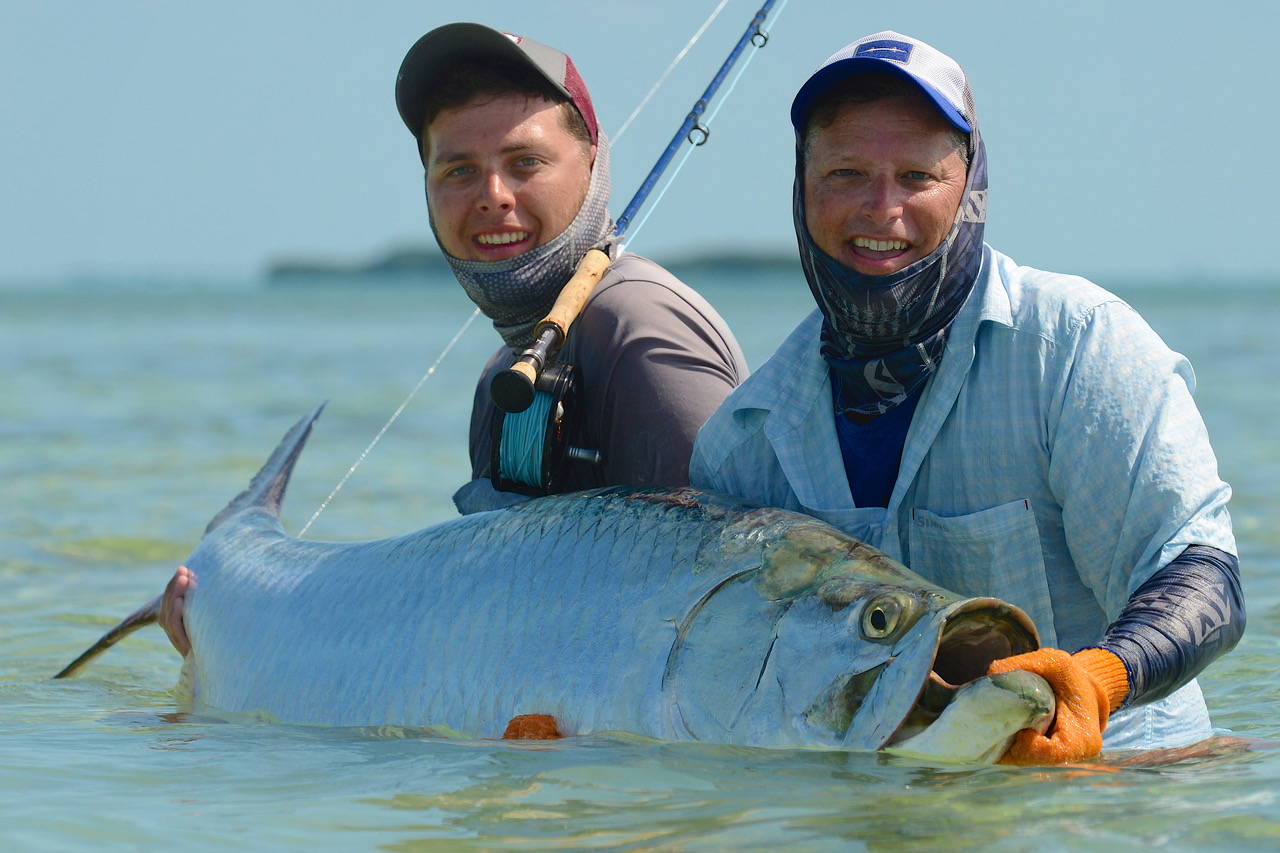 "From watching BJ catch his first tarpon on the fly when he was 4 years old to taking him on father son fly fishing trips all around the world, I can’t beat the happiness I have gained in my life with my son."

As a full time Florida Keys fly fishing guide for the past 27 years, my story as a father begins with my personal love for fly fishing and being on the water. I think every father is born with a slight hope that their children just might consider a career following in their footsteps. I believe that this feeling is the ultimate acknowledgement that your impact as a father reaches deeper then just bringing home the bacon.

Sharing my love for fly fishing and the outdoors with my only child BJ (Bruce Jr) for the past 22 years is one of the best and favorite parts of my life. From watching BJ catch his first tarpon on the fly when he was 4 years old to taking him on father son fly fishing trips all around the world, I can’t beat the happiness I have gained in my life with my son. I have had the great joy having memorable fly fishing experiences with BJ in Alaska for salmon and huge trout, Northern Canada for giant pike, all over the Rockies for 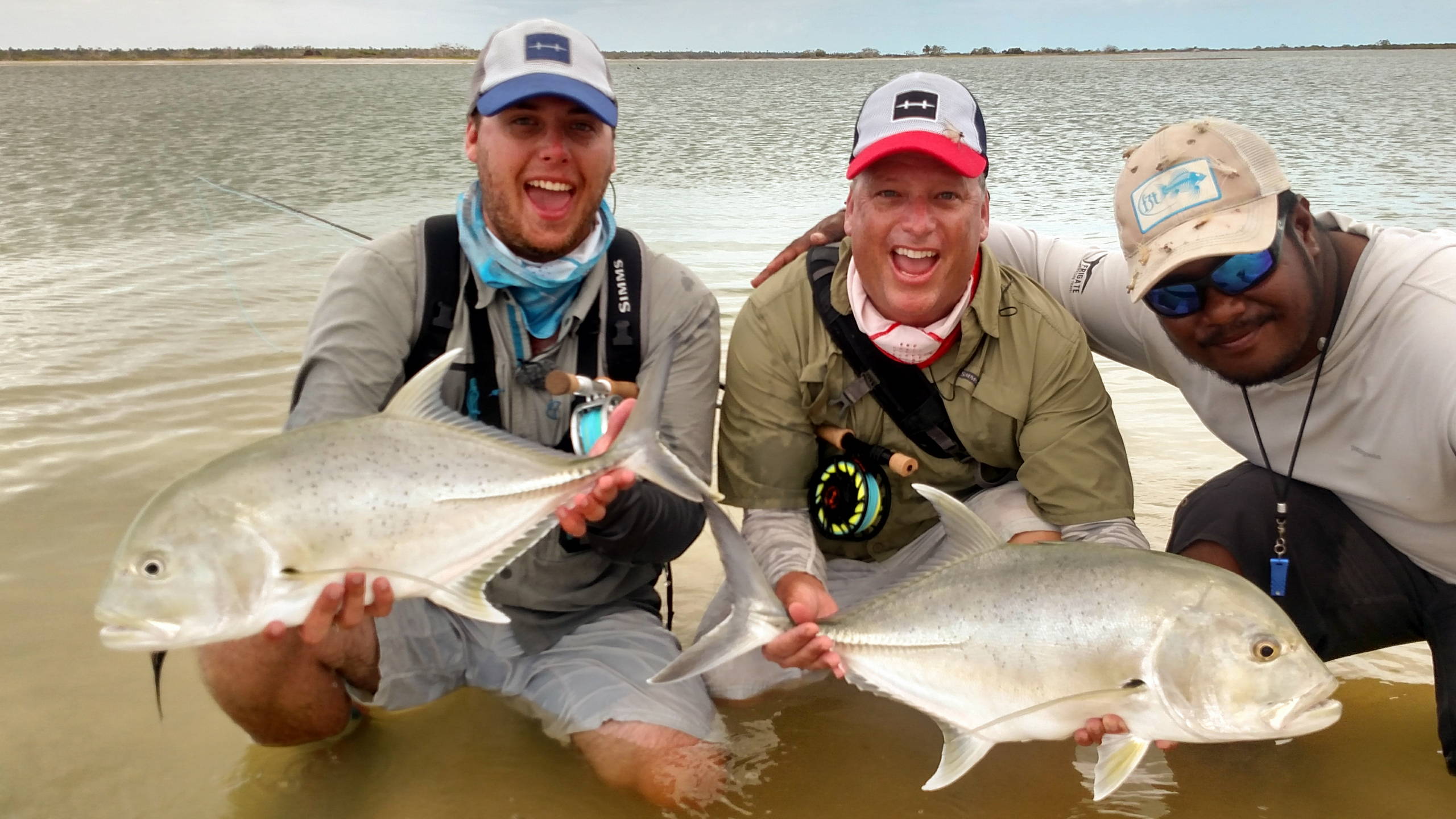 unbelievable dry fly trout fishing, Bahamas for bonefish and permit, Christmas Island for Giant Trevally, Argentina for Golden Dorados and of course all over the state of Florida for giant tarpon and redfish. These experiences will live with us for the rest of our lives.

Born in Key West, Florida, BJ at the young age of 2 along with his love for the water, fell in love with the sport of ice hockey. Supporting BJ and his choice to tackle the Hockey world, both my wife Sara and myself joined forces to help BJ reach his childhood dreams of becoming a high-level ice hockey player from the state of Florida. Our family’s journey took us around the entire northern hemisphere landing him in Detroit. After 12 years of unbelievably hard work, BJ at the age of 15 & 16 finally reached his goal of playing at the very highest level of amateur hockey in the world, playing on the #1 rated AAA Elite hockey team in the nation. Winning over 18 of the most respected amateur hockey tournaments in the world landed BJ in Ontario, Canada playing professional JR A Hockey at the young age of 17. After his JR season in Canada, BJ knew deep down inside that he belonged on the water where he grew up. His next step in life was to follow his father's footsteps as a fly fishing guide in the Florida Keys.

Fast forward to today, for the past 4 tarpon seasons I have had the ultimate father-son relationship and experience by sharing, teaching, and working with BJ to fulfill his 2nd career choice, following in my foot steps and becoming a Captain and fly fishing guide in the Florida Keys. The ultimate in a father's life. 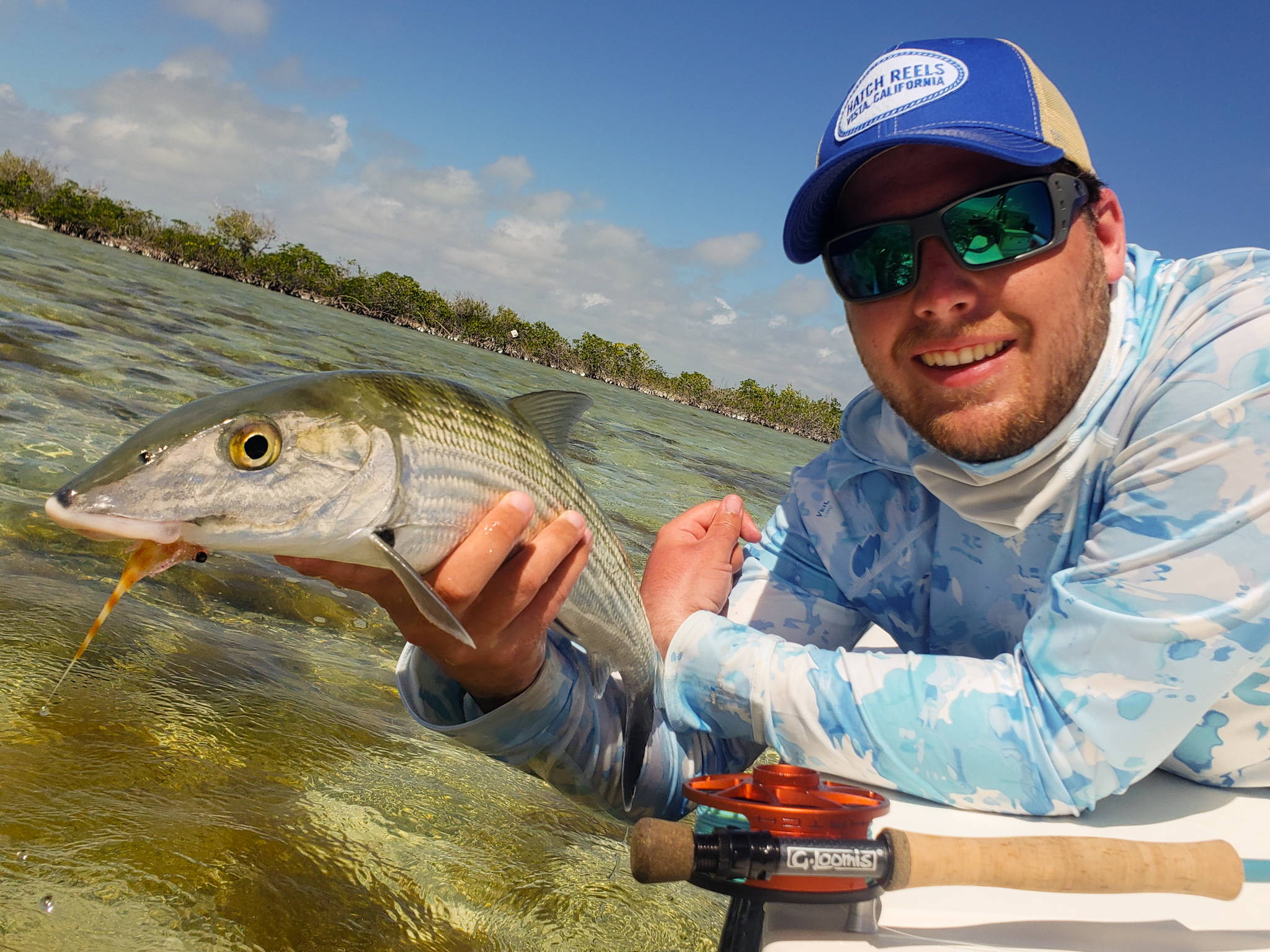 As BJ has grown into a great young man I couldn’t be more proud. I cherish every possible time I get to spend with him on the water even more then before. Now both BJ and I share our love for the water and fly fishing together every tarpon season by blocking out a 5 day slot just to fish and spend time with each other on the water.

The love for the water and fly fishing has and will continue to take both BJ and I around the world in search for more great father son experiences.

LOCATION: Lower Florida Keys
TIME OF YEAR: September & October, 2020
TARGETED SPECIES:  Great time of the year for a Grand Slam - Bonefish, Permit and Tarpon up to 50 lbs
Package Pricing Includes:
- Full day fishing with one of the best instructional and professional fly fishing guides on the Flats of the Fabulous Florida Keys
- All Chardy specialty custom hand tied flies on board for your use
- All specialty hand tied leaders to match your outfits on board for your use
- Cooler with water and ice on the boat supplied - bring whatever you would like to eat for the day
- Full use of G-Loomis NRX & NRX+ Rods matched with Hatch reels and the best Chardy Award Winning Saltwater Fly Line Taper
- Booking 3 Days or more includes a pair of Hatch Nomad 2 Pliers
Not Included in Package Price:
- Lodging
- Meals
- Rental Car
- Flights
LODGING: Where to stay
Based out of the Lower Florida Keys, Lodging in Key West and the lower Keys offers a short drive to the world class fishing grounds where you can meet your guide. Key West also offers anglers many different lodging and restaurant options as well. A quick google for Key West Lodging will give you all kinds of options.
Please contact Bruce Chard direct for pricing and lodging info.
CONTACT
Share Share on Facebook Tweet Tweet on Twitter Pin it Pin on Pinterest
Back to Hatch Insider
Invalid password
Enter